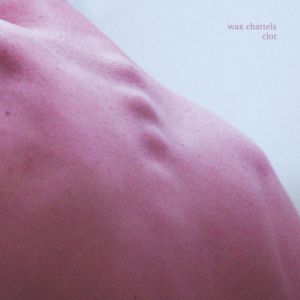 With 2021 on the horizon, we wonder if you still got room for some experiment coming from the New Zealand noise-punk scene. It’s from a guitarless guitar band… Yep, still interested?

The news that COVID-19 is under control in New Zealand is of course a wonderful thing on its own so keep up the good work over there. However the next best thing coming from “Middle Earth” is Wax Chattels.

Armed with a bass, keyboard and a drum kit the three piece Peter Ruddell, Amanda Cheng and Tom Leggett are looking to make as much noise as they possibly can. Playing noise rock without a lead guitar might seem pointless, yet Wax Chattels have found a way to make work deeming them as one of the most extining acts that hail from down under.

Several years after attending jazz school together, Ruddell and Cheng met each other again during a Preoccupations gig in Auckland. Both decided that they wanted to create some noise together, added drummer Leggett to the line up and began playing in small bars as Wax Chattels. They quickly got the reputation of an aggressive, yet also well organized live post-punk band. In 2017 they embarked on a tour in Eastern Asia on which they fine-tuned their live set. Hereafter Wax Chattels is seen as a must-see live act which delivers an uncomfortable experience. Ruddell and co. released their debut record in 2018 and supported it with a tour in Australia and later the US. Although hyped domestically, Wax Chattels is still mostly flying under the radar in the Northern Hemisphere. Sophomore record Clot could put an end to that so let’s check if we need to believe this hype from the Kiwi underground. 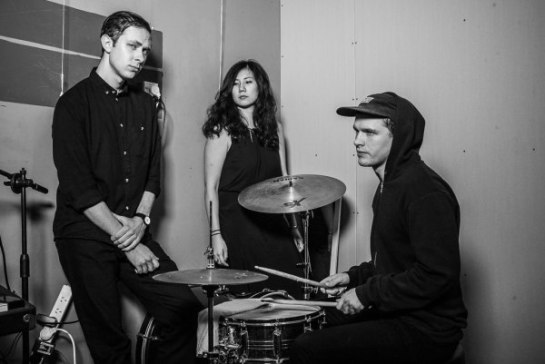 Clot gets underway with Glue, a two faced song that on the one hand is closely related to 2010’s post punk music but on the other hand a crazy dive into hardcore. The track reaches this point after Leggett cuts in with some dominating machine gun drumming. If Glue is the first time you hear Wax Chattels you now know that you’re in for some extreme burst of aggressiveness. Next track, Efficiency however never is throat gripping. It’s beginnings are made up of something like an alarm clock that eventually unfolds into a math rock track like we know from black midi. On Cede industrial electronica is added to the mix while Cheng (of Taiwanese origins) starts cracking down on the Chinese government. With a murderous speed she addresses the cultural genocide and China’s geopolical bulliying. Cheng’s malice sounds very sincere and is almost tangible. Cede isn’t the only track things get personal. Cheng again takes the spotlight on No Ties. She now melodically sings about the struggles of being a first generation immigrant. Her clear voice is accompanied by some fierce post-punk which, as the album progresses, becomes even darker and deeper.

On Spanners & Implements the self-conceived form of noise of the three piece is now molded into some biting shoegaze. The track is less fierce and due to the bass play and  Ruddell’s haunting voice becomes a tension builder. The build up never pays off as the track the track unexpectedly ends. Spanners & Implements is an run-up to An Eye where things really dive into darkness. Ruddell is joined by Cheng on an ominous elaboration against police brutality. Their dark and brooding harmony unmistakingly reminds of Sonic Youth. This threatening atmosphere continues on Forever Marred. For most part this track heavily drones away while Cheng’s soft voice hesitantly tries to match the rhythm. Yokohama shifts up the gears again. Alternated with a fearsome slower chorus this track seems like Clot’s apotheosis. Surprisingly the band decides to end Clot on a sludgy tone that even sees the droning of Forever Marred return. On this final track, You Were Right, Ruddel sings about being open to alternative viewpoints from others and maybe also accepting those views if they make sense.

Musically Clot is a wild album full of experimentation in the genre of noise. It’s an experiment that sometimes leans on the masters of old like Sonic Youth, Earth or Death From Above but in the end found a niche between all of these names. Wax Chattels is pretty unique and while producing interesting music also share some personal and urgent messages about (international) politics, identity struggles and staying open to each other during turbulent times. So do you need to believe the hype? Yes, you do, especially if you’re into newer bands like black midi, Shame, Sloath or Sex Swing, this one is not to be missed.