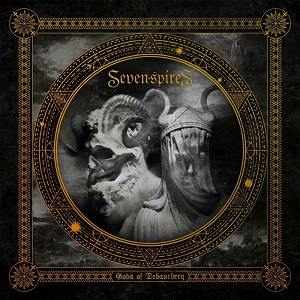 With touring put on the back-burner due to the ongoing pandemic we’re in, Boston-based metal combo Seven Spires turned their attention to recording their third album instead. Is it any good? Oh my, yes it is.

Seven Spires’ 2020 effort Emerald Seas was one of my favourite things to be released that year. It’s a shame then that I only discovered the band earlier this year, otherwise it would have scored high on my list. Top three at least. It’s one of those albums that does almost everything right. The songs are top notch with the band stealthily maneuvering between fast melodic songs, bittersweet ballads and even some blackened death metal. It’s an emotionally varied platter that ticks all the right boxes, with a concise running time of just under fifty minutes and an underlying sense of whimsy that permeates throughout the entire album. Add to that some absolutely stellar musicianship, not in the least by powerhouse vocalist Adrienne Cowan and you have yourself a bonafide album of the year.

Now, fast forward to 2021. The days are getting shorter and darker as we head into winter. It’s getting colder and the trees have all but lost their leaves. There is darkness ahead. I’m talking about the actual change of seasons of course, but it also encapsulates the feel of Gods of Debauchery. It’s defiantly black in nature, with most of its predecessor’s power metal leanings thrown overboard. It’s also massive in size, clocking in at seventy-seven minutes and counting a whopping total of sixteen songs. That’s a lot of music to digest and it makes Gods of Debauchery a daunting album at first.

If you want to get a feeling of how much darker this album is than Emerald Seas, look no further than the opening combo of Wanderer’s Prayer and the title track. If you compare this with something like Every Crest or Bury You there’s a whole world of difference. Almost gone are Cowan’s silvery clean vocals, with grunts and screams taking their place instead. It’s a massive tonal shift, but it’s also an effing great song. The Cursed Muse follows that same blackened path but finds an admittedly better balance between aggressiveness and melody. Just like Ghost of Yesterday after it, it deftly combines heavy riffs, orchestration, blackened growls and a clean chorus. Cowan shines here in all her vocal disguises, effortlessly jumping from death rasps to soaring clean vocals at the drop of a hat.

The first real surprise amidst all the soul-crushingly dark riffs and melodies is Lightbringer, a song so starkly contrasting the rest of the material that had I not heard it before, outside of the context of the album, my jaw would have dropped on the floor on the first listen. It’s great though, essentially a heavy pop song in the middle of a metal storm, so outrageously and boldly different that you can’t help but admire the band’s audacity to put it on the album in the first place. It’s mostly business as usual for the remainder of Gods of Debauchery, with a few real highlights along the way like the melancholy The Unforgotten Name featuring John Pyres, and the huge, ten minute epic This God is Dead, where the orchestration is pumped up to eleven and Roy Khan gives a wonderful guest performance. Special mention should also go to the incredibly fun power metal of Oceans of Time. 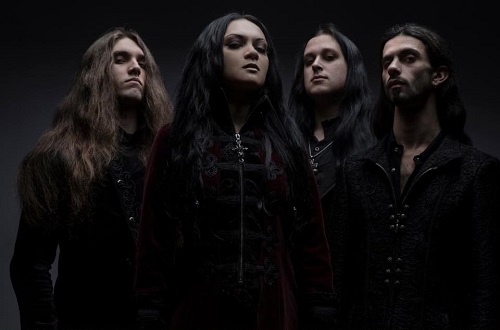 Gods of Debauchery is, for the largest part, an absolute triumph. It’s chock full of great ideas that mostly work. The band consists of four people who know what they’re doing and really know how to work their respective instruments. Then again, and this is something I might change my mind on in the coming months, it is also a big album, bordering on being overlong. There are no bad songs on Gods of Debauchery, but there are so many of them that it becomes hard to stay concentrated. Each individual song is so chock full of ideas and details that you will be overwhelmed on the first few spins. I remember being flabbergasted the first time when I learnt that there still was a full half hour to follow after This God is Dead. This is a very big, very long and extremely busy album that will turn people off of it, perhaps understandably so. For those willing to take plunge, though, there is a lot to discover and a lot to love, and I wouldn’t be surprised to see Gods of Debauchery creeping to the top of a lot of lists before the year is over.