What to say about 2017? Well nothing really, so just google ‘2017 in a nutshell’ if you want to find out what other truly important people are saying. As always we only concentrate on the music here. So rest assured music fans who follow Sounds from the Dark Side, you’re in good hands here.

Wander’s Wonderful Wholistic Music List of 2017:
Beforehand I thought Ryan Adams and Scott H. Biram where predestined to make it to my album yearlist. Although I very much like their recent work the second half of 2017 just had more to offer. Oh, and don’t look too much at the respective positions of my top albums because it was almost too close to call here. With that in mind, I hereby present my crop of the year.

3. King Krule – The OOZ (SftDS review)
Archy Marshall has never been so confident in being so casually dark. With The OOZ Marshall slowly turns the page on slackerism and sets a prime example for a new multi-genre by mashing up some niche genres from the 90ties with pieces of punk, hip hop and jazz.

2. Thundercat – Drunk (SftDS review)
Thundercat’s over-the-top take on manhood is just as heartbreaking as it is darkly humoristic. With some strong R&B and fusion Stephen Bruner sings about the grief of being alone while he also doesn’t shun to friendzone some girl just to play videogames. Now let’s some tacos and get drunk everybody!

1. Jay Som – Everybody Works (SftDS review)
Everybody Works is a compact, yet sharp bedroom pop record. This harmonious record withholds a rewarding message for those who are facing tough times. Duterte’s debut almost reaches perfection, which is quite a nice job for someone in her early twenties. 2017 therefore belongs to Jay Som.

Ralph’s List of Things from 2017:
There was a lot of different music for me to enjoy this year, from obscure death metal to mainstream pop, and it was very hard to distill all the great releases down to just ten. This is what I’ve come up with. 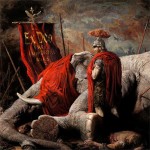 3. Ex Deo – The Immortal Wars (SftDS review)
The third Ex Deo album might be the best yet. These Romans from Canada deliver a concept album about Hannibal where every bite-sized chunk of stomping melodic death is a resounding success.

2. Jag Panzer – The Deviant Chord
The American power metal band returns after a long hiatus with a fierce and impressive album. The return of master shredder Joey Tafolla helps in making this an even better record. 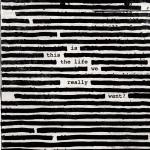 1. Roger Waters – Is This The Life We Really Want? (SftDS review)
Who else but former Pink Floyd mastermind Roger Waters could be at the top spot here? Waters’ first new album in 25 years is a masterclass in fusing old and new musical times and the questions he asks are still very relevant in this day and age. This is very much the record we really want.

We have made it! Have a great NYE and we will be waiting for you on the other side.