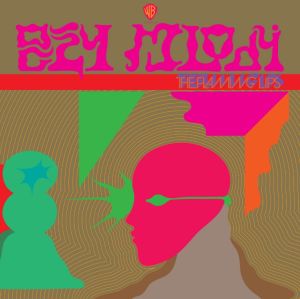 After a track that spanned 24 hours, a Beatle–esque detour with Miley Cyrus and a Christmas themed piano album The Flaming Lips return to full form with ‘Oczy Mlody‘.

The Terror’s (2013) dark ambient left me in some kind of doubt in 2013. In the years before I got accustomed to their spacy over the top jams and detached reflections on human affairs was not what I expected. This fourteenth studio album musically prolongs in this spirit but also comes with a story about a fantasy drug called ‘Oczy Mlody’ which puts people into a month-long sleep while dreaming of having sex on unicorns. To confuse things a bit more lead singer Wayne Coyne told the press Syd Barrett and A$AP Rocky where the main inspiration for the album. So there you have it, the Lips are back! Sort of that is.

It’s best to start ‘Oczy Mlody’ from the fifth track because for all that comes before that is not very noteworthy. During the first four tracks the band builds up tension by keeping their profile low. Sure it’s kind of mysterious but it mostly lacks any form of excitement. Only the words about purple eyed unicorns from comedian Reggie Watts on ‘There Should Be Unicorns’ got my spirits up for about twenty seconds. No, it’s the floaty one and a half minute overture which debouches into the mechanical funk of ‘Nigdy Nie (Never No)’ that really kicks in the album. Alas this kick is short-lived because the following ‘Galaxy I Sink’ is full of serious tendencies again. Only now spaghetti Western cinematics are surprisingly brought in as tension builders.

‘Nigdy Nie’s’  promise as a take off for a soundtrack to a crazy story about unicorns is never fulfilled in ‘Oczy Mlody’s’ remainder. For some reason The Flaming Lips gather dark clouds above themselves. Whilst track titles such as ‘One Night While Hunting For Faeries and Witches and Wizards To Kill’ or ‘Listening To Frogs With Demon Eyes’ made me hope for new quasi-rock songs. However all stays dense, ominous and feels over-structured. I wouldn’t say the band ever lacked structure but this sound differs very from the wobbly rhythmics of old. Come to think of it, the last time we really heard a wobbly studio album from the Lips was ten years ago on the ‘At War with the Mystics’ (2006) release.

Every so often the Lips seem to look back to their vast catalogue. The trippy ballad ‘The Castle’ is just as fragile as some songs on the ‘Yoshimi’ (2002) album. While ‘Almost Home (Blisko Domu)’contains the sound of electronical chimes which has something of Embryonic (2009) in it. At the very end Coyne’s BFF Miley Cyrus makes her inevitable appearance on ‘We a Famly’. This duet breaks with the rest of the songs by bringing in some true-blue, almost religious, positivity. Cyrus sings about Jesus and descending spaceships, so that’s probably where that feel comes from. As a closing track for a concert it would get the arms swinging but I would recommend to skip it when you have the chance. 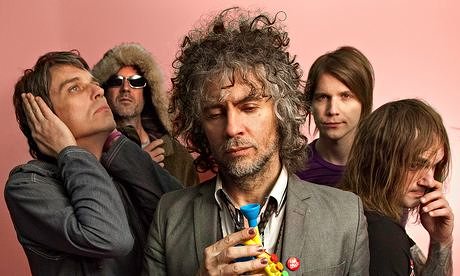 If ‘Oczy Mlody’ is anything at all it is a direct sequel to ‘The Terror’. In about one hour The Flaming Lips heavily lean on slow building psychedelia. Unlike ‘The Terror’ however, ‘Oczy Mlody’ does contain a few twists and winks to the past here and there. Regrettably, this is not enough to be memorable. In too many occasions the songs are indistinct, dull and thus simply aren’t very attractive to listen to. Listeners like me, who are biased by the band’s freak scene past would be wise to leave ‘Oczy Mlody’ alone. For us it’s best to say hail to Yoshimi once more.

One thought on “The Flaming Lips – Oczy Mlody”