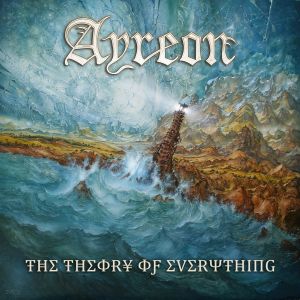 Well this was a long time coming. I’m speaking of the review, but the same could go for The Theory of Everything, the follow-up to the 2008 01011001 album, which was long held to be the swansong for the Dutch Ayreon project. Arjen Anthony Lucassen, tired of doing huge and complex projects after 01011001, had all but decided that there would be no more Ayreon, and instead concentrated on Guilt Machine, the second Star One album and his 2012 solo record, albums which were all a lot more straight-forward the increasingly complex bloat Ayreon had become. Apparently though, Lucassen needed another challenge in his life; queue 2013, and the new Ayreon album, The Theory of Everything. END_OF_DOCUMENT_TOKEN_TO_BE_REPLACED