Could this be the perfect time for a renaissance of The Notwist? It probably is but if you want to know for sure you will have to read this.    END_OF_DOCUMENT_TOKEN_TO_BE_REPLACED 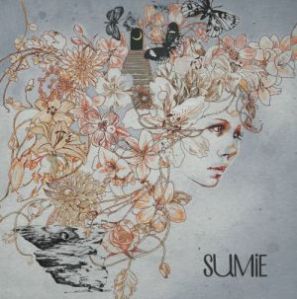 As winter settles in, many of us are getting ready for an overall quaintness. Domestically seen coziness is typically of female concern. Therefore its quite natural dropping  temperatures cause an increase of releases coming from female singer songwriters. Only question is, which splendor will be the most successful this year? Chances are the new album of the Danish pianist Agnes Obel will end up underneath many Christmas trees. However, the competition field is very strong and, for whats its worth,  mostly Scandinavian. Next to Obel,  Ane Brun, Nina Kinert, Titiyo and Laura Marling are just a few names who want to make winter a soothing experience. In the niches of this all-female battle smaller acts are still hoping to make an impact in this scene. The Swedish-Japanese Sumie Nagano is one of them. With a significant marketing buzz her self-titled debut was brought to stores at the beginning of this month. On forehand Sumie’s CD seems to be at least a fine example of Just-in-Time management. Now let’s hope she musically able to convince as well.

END_OF_DOCUMENT_TOKEN_TO_BE_REPLACED

Wearing clean socks to a punk concert? If such a question doesn’t grab one’s attention, well, there must be something wrong with you. Nevertheless during the previous Strudelfest, people who indented to visit the showcase of Lola Montez were actually asked wear a fresh pair. So be warned, expect the unexpected. The band, named after a famous Irish dancer from the seventieth century, consists of four members: Dutchmen Floris van Bergeijk (guitar), Daan Vroon (drums), Joram Tornij (bass) and the German vocalist Ariadna Rubio Lleó. Naturally new bands play on small scale events to make a name for themselves.  Lola Montez did so since 2010 and simultaneously worked on their first full length album which they released last February. To mark this special moment, the band decided to break away from common standards and released Kolaveri Di in a former horse breeding farm in the shadow of Utrecht (The Netherlands). Next to this the albums artwork is also worth mentioning. The front and back cover is remarkably artistic and cardboard case is sewed together by hand, making each disk an unique product. Once more Lola Montez grabs one’s attention. And now that they have, it’s time to hear if they can live up to this. END_OF_DOCUMENT_TOKEN_TO_BE_REPLACED