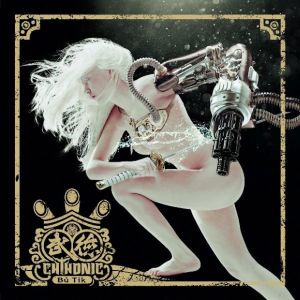 It seems Taiwanese metal sensation Chthonic are finally getting somewhere. All of a sudden, the band seems to be everywhere, with not one but three video clips and a virtual omnipresence on the internet. Of course, that all depends on where you’re surfing, and I’m quite certain the mainstream music scene still hasn’t heard of the band, but within the much more niche metal world, there is certainly a buzz. And rightfully so, because Bú-Tik has turned out to be a very, very good album.

What Chthonic does, and does excellently, is marry the grimy world of black metal with more eastern Asian soundscapes. There are traditional drums, region-specific oboes and violins, and a lot of subtle choir work. Think Cradle of Filth meeting Taiwanese folk music, and you have a pretty good idea of what Chthonic is doing. I’m still a massive fan of the band’s last effort, Takasago Army, and I’m glad to say Bú-Tik is easily able to top that, whilst bringing the folk elements a little more to the foreground again.

The intro Arising Armament really sets the tone of the forty-odd minutes that follow, with some very eastern percussion. The band still blasts with an almost terrifying ferocity on certain songs, but their Taiwanese roots were never more apparent than on this album, as the opening tracks Supreme Pain for the Tyrant and Sail into the Sunset’s Fire immediately make very clear, where Chthonic manages to marry their musical heritage to their brutal black metal more effective than ever. On Bú-Tik, the band hardly loses any of their original intensity or brutality, whilst still sounding more accessible than ever, which in itself is no mean feat.

Bú-Tik features only eight songs, not counting both intro and outro tracks, and thus makes for a rather short experience. Though it would have been nice to get two or three more songs, it does make for a very tight experience without overstaying its welcome. The album also features a number of stand-out songs like the aforementioned Supreme Pain for the Tyrant and Sail into the Sunset’s Fire, but also the brilliant Between Silence and Death, with its almost thrash-like vibe and hauntingly beautiful, balladesque violins. Another, and last, highlight is the closing Defenders of Bú-Tik Palace, on which the band pulls out all the stops one last time.

I’ve been a fan and collector of ‘ethnic metal’ for a very long time now, always trying to find bands that dare to tread outside of their respective musical boxes to bring something both new and traditional to the genre, and Chthonic is one of the finer bands in that respect (other examples, for those who are interested, are the Israelian band Orphaned Land, or Rotting Christ bringing their Greek roots into the black metal genre). Bú-Tik offers a perfect hybrid between eastern Asian music and black metal, and is a damn fine album for those who like their metal a bit different and exotic.