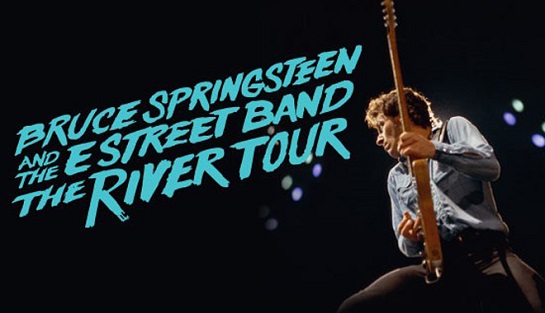 Tuesday evening. 67,000 people gather in a field in The Hague in the Netherlands. The size of a festival crowd, these people have all come for one thing: Bruce Springsteen’s 2016 The River Tour. And we were there.

“River, Schmiver,” Bruce Springsteen must have thought after 47 concerts in the United States, playing The River front to back each and every night. Renowned for mixing up his set on a daily basis, you can imagine him getting bored of performing the same collection of songs night after night. So, to the joy of some (myself included) and the dismay of others (other people included), the European leg of the The River Tour 2016 is only very slightly The River based. Which means we’re getting a typically unpredictable Boss show tonight.

First, though, Mojo Concerts had the ungodly plan to warm up the crowd with Wales-based rockers Stereophonics. Fair enough, the band from Cwmaman do an admirable, if somewhat uninspired job of treating the crowd to a small hour of rock songs. Singer Kelly Jones goes “aaaaaaaaah” and “oooooooooh” a lot during those, but they get the crowd moderately going with songs like Have a Nice Day. It’s all fine, when you buy tickets for a Stereophonics concert, and aren’t waiting for a blistering three and a half hour rock show by one of the greatest American rockers still alive. Support acts rarely, if ever, work well for these extremely big acts, and maybe it’s time booking agents start seeing that. Hat off for trying, though. 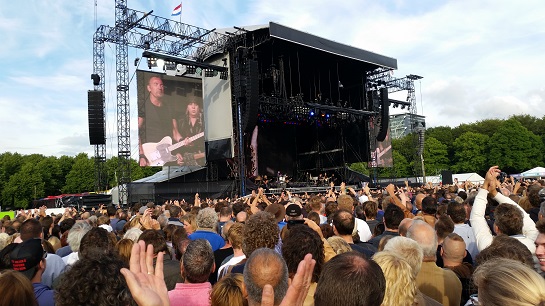 Where most bands play a regular two hour (ish) set and round off with a small selection of fan favourites as an encore, Springsteen does things differently. His sets still regularly run for over 200 minutes, and it’s highly possible to see two very different set lists on two consecutive nights. It feels like one big show full of encores, especially when the man collects request signs from the crowd. That’s what makes Springsteen The Boss, and at exactly half past seven, the 67,000 people on Den Haag’s Malieveld are treated to an absolutely thrilling start to the concert with Badlands and No Surrender. If one thing is certain, it’s that Springsteen and his E Street Band mean business tonight, celebrating their 25th Dutch concert in the process.

From those first hard rocking songs on, it’s an evening full of old classics, later material and something in between. The first real surprise comes in the form of From Small Things (Big Things One Day Come), the first sign request of the evening (“there’s some tough requests out there,” Bruce remarks at one point), before the band launches into the first of only five songs from The River. Five songs, admittedly, is rather sparse for a tour with this particular moniker, and the band only treats the crowd to Hungry Heart, Sherry Darling, Out in the Street (always a fun live, that one), You Can Look (But You Better Not Touch) and, of course, The River. The rest of the evening is one big jumble of songs from all over the man’s discography.

Bruce is having a ball tonight, constantly seeking contact with the crowd, egging them on to clap and shout along, collecting request signs (including Tom Waits’ Jersey Girl), getting a kid to sing on Waiting on a Sunny Day (Bruce: please stop playing that song), pulling girls from the crowd to dance along to Dancing in the Dark and launching into Bruce’s more gospel moments just before Spirit in the Night. The E Street Band is in fine form as well. Less vast than they have been in the past few years, we’re getting a bare bones formation today, doing what it does best. Little Steven is his own weird, stoic self, Nils still gets his formidable solo spot, twirling and whirling away on Because the Night, The Mighty Max Weinberg can still pound like a mad man, whilst the Professor and Garry Tallent still keep mostly to themselves. Also keeping to herself is Patti Scialfa, but any day she doesn’t get to sing for a live audience is a good one, so no complaints there (talking about no complaints: yay for no Born in the USA tonight!). I’ll take Soozie Tyrell over Scialfa any day (even when she initially forgets to launch into a violin solo on From Small Things).

Special mention should go to Jake Clemons, who’s really starting to come into his own now. His solos are getting better and better, and nowhere is this more apparent than on Thunder Road and, by request, Jungleland (goosebumps guaranteed!). Of course, there are the cheesy Big Hits™ like the aforementioned Dancing in the Dark (still so disturbingly eighties sounding, courtesy of that keyboard melody), The Rising and Because the Night, but overall, tonight’s set list is golden, with classics like Night, the always terrific Racing in the Street (played for the first time this tour), Tenth Avenue Freeze-Out (again including a moving video tribute to Clarence Clemons and Danny Federici) and of course Born to Run mixing nicely in with more contemporary material, before Bruce and the gang launch into an extensive round of cover material and medley’s on Detroit Medley and The Isley Brothers‘ Shout. After that, Bruce returns one more time, playing an acoustic rendition of This Hard Land to see the crowd off to their respective buses, cars, trains and whatnot.

I’ve said it before, and I’ll keep saying it: there is no artist like Bruce Springsteen, and there is no band quite like the phenomenally tightly knit E Street Band, playing each and every song, no matter how obscure, on a whim. What these guys (and girl) manage to keep doing night after night, pounding away for three and a half hours without a moment’s pause, playing vastly different sets each night, continues to be monumental. There will never be anything like that in rock music ever again, and to see these people give it their all on the stage every single time remains awe-inspiring. Here’s to hoping we will have them around for a few more years. 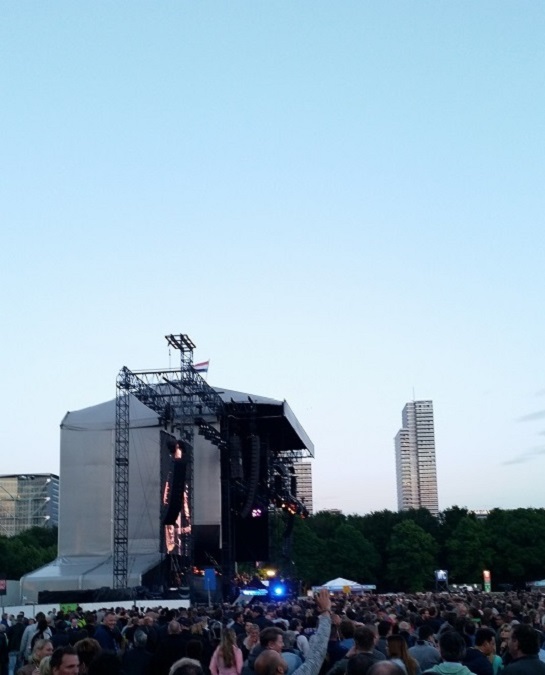 One thought on “[Live Review] Bruce Springsteen – The River Tour 2016, Malieveld The Hague”