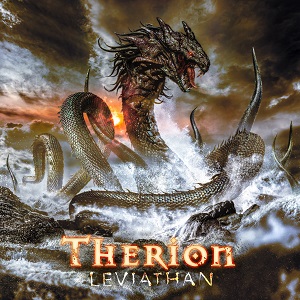 Sweden’s Therion is back with a new album, Leviathan. But can are they able to put out a solid album after a few unusual side steps? Let’s find out.

Therion’s career trajectory is a weird one to say the least. Starting out as a promising but not too remarkable death/doom combo, they blew up big with their 1996 release Theli. Suddenly the death metal band ceased to exist and instead we were treated to a bombastic, neo-classical juggernaut with big choirs and arrangements. The rest is history of course and Therion went on to be one of the biggest bands on the Nuclear Blast roster. Then, around the time the 2010 release Sitra Ahra came out, things went… a little kaka. Most of the core musicians up and left, but Christopher Johnsson persevered and released the band’s 25th anniversary album, which was a collection of spruced up French chansons sold only at concerts. Following that we were treated to 2018’s three-hour rock opera Beloved Antichrist, which is as ambitious as it’s boring, and I feared the band as we knew it was dead.

Cue 2021 and Leviathan is released, and imagine my surprise to find out it’s actually good. Perhaps not Lemuria/Sirius B good, but it’s up there, and an unexpected but welcome return to form. Johnsson wastes no time getting to the point with the wonderfully titled The Leaf on the Oak of Far. Before the one minute mark you’ll be treated to Rosalia Sairem and Thomas Vikström duetting it out over a crunchy guitar riff before the first of the big choirs hit. Those choirs will keep swelling and swelling as the song continues and at only three minutes and thirty-eight seconds you know that Therion still has “it.” It’s a very successful start to an album that will only get better along the way. 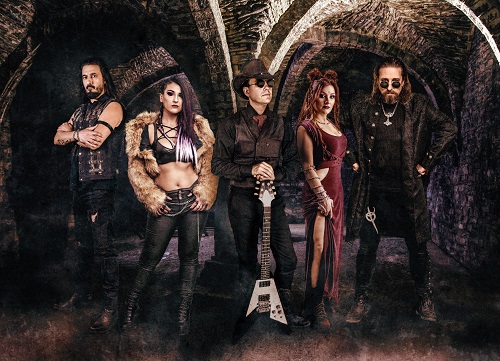 The first highlight on Leviathan is also its first single, Tuonela, on which ex-Nightwish vocalist (and bass player) Marko Hietala guests. The man has a recognizable and powerful voice and that helps make the song stand out. Also, he and Taida Nazraić play really well off each other and the subtle violin arrangement in the background. The title track, like a lot of Therion songs she features on, benefits greatly from soprano Lori Lewis’ contribution. On Leviathan, she has lead vocals on a handful of songs and she raises them all to a higher plane. The first resting spot on Leviathan is the soothing Die Wellen der Zeit, rolling peacefully on with some great choir work before all hell breaks loose again with the heavy Aži Dahāka.

The second half of Leviathan is easily my favourite with the big, booming Nocturnal Light, the pure power metal of Great Marquis of Hell. Also included here are the album highlight Psalm of Retribution and the catchy El Primer Sol with its pleasant gallop. You might have noticed that there’s no mention of either Eye of Algol or the album’s closing track. The former just sits there at the middle of a very good album wasting four minutes being heavy but lacking any real substance whilst Leviathan could have had a bigger closer than Ten Courts of Diyu on which it sort of fizzes out. I believe that if you do big choirs and big arrangements, you should also finish big, and I would have preferred an album closer in the vein of Adulruna Rediviva (from Gothic Kabbalah) or Voyage of Gurdjieff (The Fourth Way) (Sirius B) here, but I guess you can’t have them all. If wishes were horses, and so on.

Still, Leviathan is a welcome return to form for the band, especially with the overlong slog of Beloved Antichrist in memory, and the last proper album being from 2010. As said, it’s not top-tier Therion material and it can’t hold a candle to their best stuff from the nineties and the early zeroes, but it’s not bad at all. In fact, in the overall scheme of things this is a good record bordering on being great. It just falls short of being a Therion classic, but it’s good to see Christopher Johnsson returning to what made the band so enjoyable in the first place and finally releasing an album that’s true to the spirit of their earlier and arguably most popular work. A definite step in the right direction, and with the knowledge that Johnsson is already working on not one but two albums with material from the same sessions there’s always hope that the next one will truly bring the fireworks.