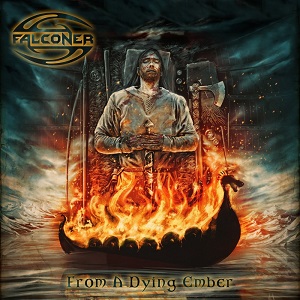 Originally born from the ashes of black(ish) metal band Mithotyn, medieval power metallers Falconer have been active for over twenty years now and apparently that’s about as far as they’re willing to go. Guitarist and co-founder Stefan Weinerhall decided that it’s better to bow out on a high than become stale and that is probably a good idea. Because no matter how much I love Falconer, there are only so many places you can go with their particular brand of medieval themed metal and that is in no small part due to the unique vocal delivery of frontman Mathias Blad. Using a lower range that’s completely devoid of the usual vocal muscle-flexing that’s so typical of this genre, his delivery is more theatrical in a west end musical sort of way. It makes Falconer sound like no other power metal band, but will also have you write yourself into a corner after such a long time. So the band decided to give it their all one last time and bows out with From a Dying Ember.

And my, what a victory lap this has turned out to be. Having followed the band from the very early days of the self-titled debut album, I can honestly say From a Dying Ember easily ranks among the band’s best and most inspired efforts. After having enjoyed this record for about a month I’d personally put it right behind the debut and Chapters from a Vale Forlorn and that’s saying something. With the sole exception of Bland Sump Och Dy, which just doesn’t land with me for whatever reason, the songwriting is gold on this one with all the elements of the band getting a chance to shine evenly for one last time here. Falconer has always been a chameleon within their own little niche, seamlessly alternating between speedy power metal songs, sombre medieval folk and stomping rockers and after almost twenty years of experience they pull that off with aplomb on this very last album. 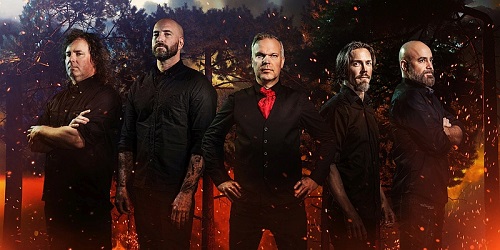 From a Dying Ember shoots out of the starting blocks with a magnificent trio of openers, wasting no time to get to the point. There’s an immediacy to these songs, a sense of wanting to get to business as soon as possible because there’s only forty-five minutes in which to do so. Perhaps that’s why Bland Sump Och Dy doesn’t work for me, or at least not where it’s situated on the album. After three catchy folk metal songs, the album comes to a screeching, grinding halt and we get served an oddly unmelodic, plodding track that seems out of place between what came before and comes after. It’s an odd spot on an otherwise quite meticulously balanced album and while it may work for lots of people, it doesn’t do anything for me other than ruining the flow. I’m glad to say though that the good ship rights itself again immediately and stays on course for the remainder of the voyage. The only resting stop along the way is Rejoice the Adorned, a very pretty ballad that would not be out of place in an Andrew Lloyd Webber musical but somehow works amongst the rest of the songs.

As much as I personally dislike one song on it, From a Dying Ember doesn’t dick around and still runs a very concise forty-six minutes, which I maintain is the perfect length for an album like this. Also helping in this is the runtime of the individual songs, with only the closing track breaching the six minute mark. The majority of the songs clock in somewhere between three and four minutes, making this a collection of absolute bite-sized folk metal that just breezes by with ease. It also encapsulates what Falconer is or was: a very talented folk metal band that has elevated understatement to an artform. Never over the top, never overly flashy and everything they do is in service of the songs. And if this really is the finish line for these guys, they will be missed, but with From a Dying Ember they delivered an absolutely rousing swansong.

One thought on “Falconer – From a Dying Ember”