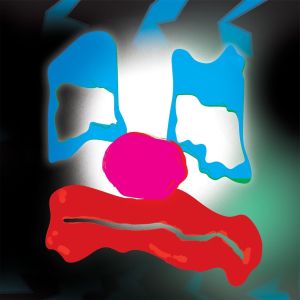 This is a short story about the search for new exciting music in the month of February and how we ended up in a very, very familiar place.

Usually winter isn’t a great time when it comes to new music releases. There is simply not enough on the market to choose from. Last month’s OOIOO therefore was a lucky find. The amount of appealing releases is gradually increasing, which of course is a good thing but still there isn’t enough music for us to get excited. Tame Impala and Squarepusher brought out new work but both records feel like more of the same at the moment. At the time of writing King Krule also is on the brink of releasing something new. However, after hearing a few teasers we don’t expect it to break style with earlier work. Youngster Archy “I have seen it all” Marshall is a father now and settled down outside of London, so consolidation to create a steady revenue stream would rightfully the path for him to follow for a while. If Man Alive! does surprise, we’ll be sure to review it later this year.

So where do we go from here? We want a fresh name with some fresh ideas. Well, when in doubt us Dutchmen first look at some maps but shortly after start wondering about life on Pluto. If that isn’t enough we also fantasize about dancing on the Moon and think about moving to some random star system far away. Yet after some deep considerations we always end up in:…. BELGIUM!

That’s right, Belgium. Next to it’s wonderful line-up of strong beers, Belgium also has one of the most appealing alternative rock scenes in Western-Europe. For decades bands like Triggerfinger, Balthazar, dEUS, Absynthe Minded, Hooverphonic and Black Box Revelation are the top of the bill. These and other names also enjoy international success, and this obviously makes Belgium an interesting country to follow. Especially if you’re into upcoming bands.

Arabnormal is one of those upcoming Belgium bands who could make a significant mark on the ‘20s. The band is announced as a ‘manically zonked-out flying carpet ride’ that combines experimental rock, post-punk and Eastern psychedelica. Younes Faltakh (ex-The Hickey Underworld) and Niel Meul (ex-Das Pop) are Arabnormal’s core. Both have producing experience so they know what they are doing.

Opener and debut single Scorpio begins with a tense baseline that would fit in older 007-movies. The hard guitar cuts and catchy grooves give the album a refreshing star. On the second track Dominion we can’t help to compare to the commercial new wave phase oh The Cure. The light guitar play and heavy base underneath seems to come straight from the mid-80s. After two thirds the first obvious Eastern influence is added with the distinctive yet slightly distorted sound of an oud. The Arabic tone system makes an appearance every now and then. Toy is one of those examples that nicely melts post-punk with Eastern melodies in overdrive mode.

On most of the 10 track album Arabnormal is rough of nature. Yet, a moment of rest is taken at the halfway point. Digital Veil is a lounge track that resembles the work of Tame Impala. Faltakh who mostly sings in a high pitched voice on the other tracks tones it all down here which results in a soothing coffee-house-friendy track. The pace is picked up again with Bubble. Hereafter Arabnormal show off their abilities once more on the last three that consecutively contains smart base lines on T9, groovy guitar play on Crybaby and abrasive rock on Hall of Mirrors.

Arabnormal is worth a try if you don’t get fooled by ‘manically zonked-out flying carpet ride’-marketing. Indeed Eastern influences are present but in it’s essence we would say this 34-minute debut is a likeable post-rock record that lightly associates itself with various other genres. The Arabic influence loses its clear presence after Toy and drowns in rough guitars sections. Also there are a lot of twists and turns between tracks which make the album hard to understand as a whole. Arabnormal does have talent and offers some fresh music but still lacks focus on this studio recording. Live this versatility probably isn’t a huge problem. On stage the band could well be one of this year’s festival surprises. So we recommend adding a few of Arabnormal‘s songs to your playlist and be one of the first to ride the possible hype train into summer. Let her rip Mac… choo, choo!