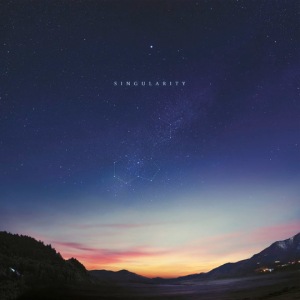 Just wait for twilight to set in, walk into an open field, bring your media player and headphones. Now simply put on Singularity and look up to the sky.

Although it quite rare for us to talk about something outside the rock or metal genre we once in a while dare to look a bit further. Jon Hopkins’ latest is one of those ‘other’ records that we couldn’t ignore so let’s plunge into the world of electronica and IDM, shall we.

For those of you who don’t know, Jon Hopkins is an respected English producer of electronica for some time now. Among is own work, e.g. Insides (2008) and Immunity (2013), Hopkins also composed various movie scores and collaborated with greats like David Holmes, Coldplay and Brian Eno. Especially Immunity is a work that shouldn’t be missed and gave Hopkins a definitive legendary status. The album peaked in various charts and was nominated for 2013’s Mercury Prize for best album.

It’s fair to compare Singularity with Hopkins’ essential Immunity because since 2013 he layed low for some time and talked about Singularity being a significant advancement. While  Immunity is more diverse and therefore arguably more exciting, Singularity is build on a steady progress. At times Singularity the pace and hum synths resemble Immunity but in the end this latest record is very cohesive.

The album’s opener and title track feels like an introspective start of a journey on a single note which eventually transforms in a fluent techno pulse. ‘Emerald Rush’ start in a similar manner but is way more celestial. Again the track turns into very danceable deep techno pulse but adds light choral singing that is backed with an almost punishing bassline.

‘Emerald Rush’ serves a preface to the albums polycentric heart ‘Neon Pattern Drum’ and ‘Everything Connected’. Especially the latter is a monumental 10-minute trip into unspoiled landscapes. Much of ‘Everything Connected’ feels overwhelming. The extensive synths, impending beats and bass claps could be a modern soundtrack to the biblical six-day cosmic creation-story of Genesis.

After ‘Everything Connected’, Singularity takes a sharp turn to enigmatic ambient which fits Hopkins’ focus on meditation in recent years to escape the hectic pace of life. ‘Feel First Life’, ‘C O S M’ and ‘Echo Dissolve’ gradually change from acoustic piano music, detailed electronica to wobbly beats. It takes a master technician and holistic composer like Hopkins to create an everlasting twilight like this. ‘Luminous Beings’, though, is where the album comes together. The otherworldly ambient ambiance is fused with warm analog bassline that meanders through a lovely rhythm and techno drums.

Singularity stands as a collection of tracks that connects rugged techno, choral music to acoustic piano and celestial ambient. A fast listener would say that Singularity doesn’t offer more than that we already heard 2003’s minimal techno scene but that would be the wrong take on this album. If you keep it open-minded Singularity will become an endless gaze into dark skies in which after each listen more and more stars will be revealed.