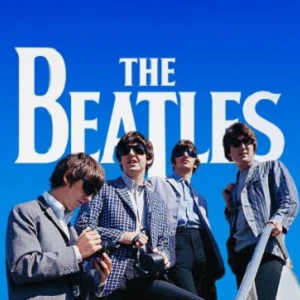 When it turned out my local cinema was doing two screenings of Eight Days a Week, the new documentary about The Beatles’ touring days, I was immediately keen and got myself a ticket. I was not disappointed. Here’s what I thought.

There are no new stories to tell about The Beatles. You can only change the way you tell them. That sounds like a Chinese proverb. I’m not quite sure if anyone has actually said that, but if not, someone should have. It’s true though, just about everything has been said about The Beatles, the Fab Four from Liverpool who changed music forever. Director Ron Howard (Apollo 13, The Da Vinci Code) realised that and, trying to give a new spin to the story of The Beatles, decided to focus on the band’s early days in his documentary The Beatles: Eight Days a Week. More accurately, as the subtitle says, on The Touring Years.

It’s become a handsome documentary, concise and tight, running at a mere 97 minutes and not overstaying its welcome for one minute. Starting slap-bang in the middle of the band’s meteoric rise to fame, the film focuses on the camaraderie of the four strapping young lads. It does so through a wealth of archival footage and a number of contemporary interviews with the two surviving Beatles (Paul McCartney and Ringo Starr), archival footage of John Lennon and George Harrison, as well as a host of music, television and film alumni like Elvis Costello, Eddie Izzard and Whoopi Goldberg, amongst many others.

The archival footage, of course, is the highlight of this smartly edited documentary. We are treated to some of the earliest interviews and press conferences these spry young mop tops gave. The camaraderie between the four lads is amazing, and you can’t help but laugh and their fooling about, obviously challenging the interviewers of those days, who not only had to accustom themselves to the rise of rock ‘n roll, but these four guys as well, who loved nothing more than to turn conventions on their heads. 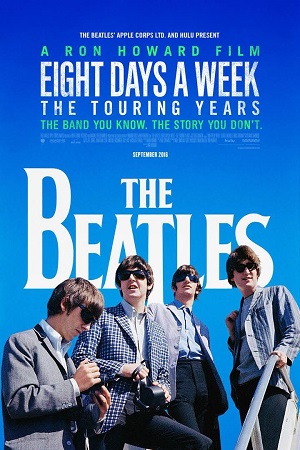 Looking at that early footage, it isn’t hard to see how Beatlemania started. These four young musicians exuded a charm, friendship and unabashed sense of fun the likes of which no one had seen until then. They seemed to enjoy themselves both on and off stage, monkeying around amongst each other whilst giving journalists a hard time with their quick wit (in that respect, John Lennon steals the show like the comedic genius he could be). And the songs weren’t half bad either.

No Beatles documentary could be made without their songs, and Eight Days a Week is rife with them. Howard and his team were obviously allowed a very deep dive in Apple’s archives, and exhumed a treasure trove of live footage, chronologically ranging from the early Cavern days to the Hollywood Bowl and, of course, Shea Stadium. It expands a little beyond that, touching on the controversy in the Philippines, where the band was accused of snubbing the nation’s first lady by declining a dinner invitation, and John Lennon’s infamous remark that, at the time, The Beatles were “bigger than Jesus.”

You can see how they would get fed up with that crazy touring circus. The constant, piercing shrieks of the girls in the audience and the way they wouldn’t even be able to hear themselves (“I just looked at Paul tapping is foot or his hair bobbing to see where we were in the song,” Ringo laughs at one point), the global madness and, in the end, the press turning on them. It’s a shame then that Eight Days a Week puts a cap on it at that point, closing the book before the best and most creative years are about to begin. We can only hope for a continuation of this story in a sequel, focussing on the studio years instead.

Still, Eight Days a Week is a must see for any fan of the Fab Four, as well as an entertaining documentary for those yet uninitiated in Beatles lore. It’s a shame then, that the excellently remastered footage of their 1966 Shae Stadium concert won’t be included on the upcoming DVD and Blu-ray releases, as the 30 minute set list was the icing on an already delicious cake at the cinema. It will undoubtedly be released in some sort of box set down the road, but it’s a shame nonetheless. Other than that: mandatory viewing for every fan of The Beatles.