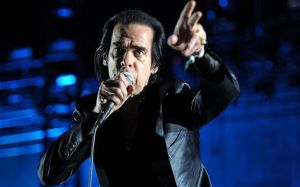 Its been only a few months since the gig at the Netherlands’ biggest pop festival, A Campingflight to Lowlands, and from what we’ve heard from a few youngsters, Cave rocked the audience’s the socks off! Now for us ‘younger elderly’ Nick Cave and the Bad Seeds scheduled a new concert in Amsterdam’s Heineken Music Hall (HMH) halfway through November. Alas this was sold out in an instant. Luck has it Cave found another free date in his busy touring schedule, resulting in an extra (but far from sold-out) Amsterdam concert. Sounds from the Dark Side couldn’t resist the temptation and made the long and arduous journey to the sprawling edges of Holland’s capital.
END_OF_DOCUMENT_TOKEN_TO_BE_REPLACED