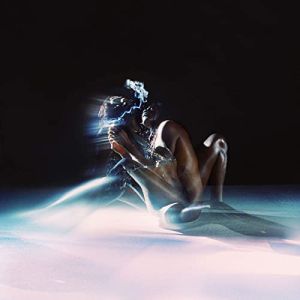 A strange and confusing world is just a guilty pleasure away, if you leave it up to Yves Tumor of course.

After the dazzling closing ‘Angelfire’ sample of 2018’s masterpiece Safe in the Hands of Love Sean Bowie AKA Yves Tumor covered himself under a blanket of silence. In his own surroundings however Bowie must be a very busy man because on each record he brought out he adds something different to the mix. 2016’s Serpent Music for example was a mixture of noise and ambient while on Safe in the Hands of Love was based on a thick layer of synthpop. Sean Bowie must be a crate digger and, more importantly, he knows how to blend the music he found into something unique. For this fourth official release he set up shop in a corner of the recordstore where obscure glam rock, R&B, hip hop and funk vinyl is piled up.

One of the records he pulled out of the crates probably was a 90s hip hop album. The midtempo beat and the bed of stodgy horn loops we hear on opener Gospel For A New Century unmistakably reminds of that era. Although the head nodding entrance feels good in an instant we simultaneously are a bit shocked about the explicit catchiness which does feel a bit cheap for someone who is said to redefine rock stardom.

The first question that pops into mind is if this new album is an attempt to join the big leagues? Well after hearing a bit more of the tracks (and watching the above video!) the short answer to that is ‘no’. Yet at times the payoff of some tracks on Heaven To A Tortured Mind are so polished that these could easily be hitparade material. However, second track Medicine Burn surely won’t make it in there. On it we hear a Tumor of old painting a gory image of heads on mental guillotines and lives of blasphemy. With the consecutive Identity Trade, Yves Tumor continues the madness by elaborating about a brutal crime: “I saw my first lover clutching a dagger sunk beneath the water”. Nope, when Yves Tumor squallingly sits on his throne in his own confusing world you don’t expect it to get any significant airplay. Yet, in contrast to previous work he never stays on his throne for too long. With Kerosene the contrast couldn’t be bigger. This is probably the most smooth track that is built around a slick duet with Diana Gordon that orgasmicly ends in a Prince-esque guitar solo. This groove stays intact on the Marvin Gaye-ish Hasdallen Lights.

The emotional side of Tumor returns on the symbiotic Romanticist/Dream Palette. While Romanticist is of a softer tone, slightly reminding us of Thundercat’s Drunk (2017), Dream Palette is more chaotic. On the latter guitars dual, drums kick in and fireworks fly around but in the end still manages to be a good listen if you treat both tracks as one that is. Romanticist/Dream Palette offers an alternative look to experience Heaven To A Tortured Mind. Instead of taking in it as a whole or one song at a time you could also look for pairs of songs that are each other’s counterparts. Tumor keeps showing off this kind a duality throughout the album so why not go along? Still, we couldn’t escape to listen to Super Stars as a single track. Super Stars resembles the smoothness of Kerosene but completely turns into the wrong direction for us because of its whining Pharrell Williams-like outline. Although this deep dive into hitparade R&B confuses listeners yet again. We weren’t up for a guilty pleasure like this or let’s just say it frankly: we probably missed the point of Super Stars but it sucks so bad we pretend just it doesn’t exist. 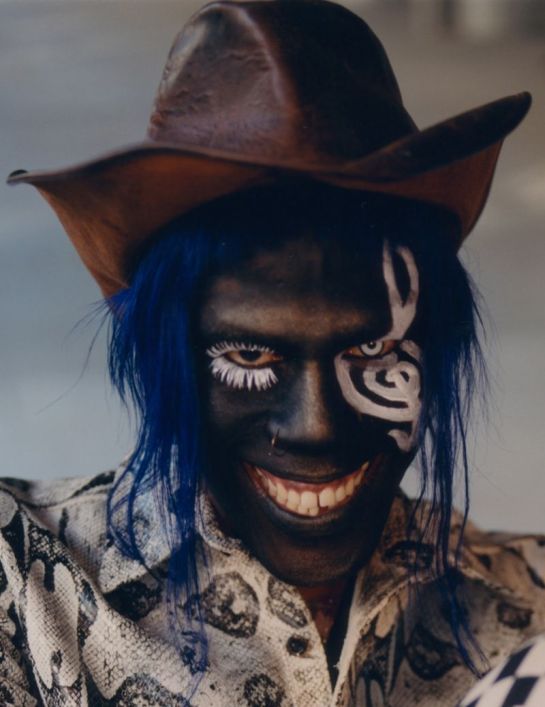 The closing tracks of Heaven To A Tortured Mind begins with the strong Folie Imposée. Synths, a scratchy guitar and broken drums are pieced together by Tumor who teasingly comes close to singing The Cure’s classic “Friday I’m In Love”. Hereafter much becomes dreamy. A special notice here is in place for wonderfully groovy bass lines on the fragile sung Strawberry Privilege and the instrumental Asteroid Blues. Again Thundercat and the ghost of Prince seem to roam around here, which especially can be said for the lighter R&B touch on closer A Greater Love.

Although it won’t stick after one spin Heaven To A Tortured Mind has a lot to offer if you give it a fair chance. Just don’t expect an introvert album because this is Yves Tumor’s most accessible work to date. Tumor combines funk, R&B, electronics and a whiff of glam into something we have never heard before on this level. Introvertness, anger, love and sensuality are blended together into finely balanced tracks that can become bombastic every now and then. In most cases, like Gospel For A New Century or Kerosene this works out for the good.

If you are willing to look for a piece of heaven in a tortured mind we do suggest to embrace the duality in the manner of playing the album. Don’t take the standard approach by starting with track 1 and so on but instead look up pairs of songs which you think fit best (or worst) and add them to a playlist. Obviously this won’t work if you still buy music in stores. In that case Heaven To A Tortured Mind still is interesting but also is a bit too much of a bipolar experience. We therefore still favor Safe in the Hands of Love but have to conclude that Yves Tumor’s 4th full release still is something special. Sean Bowie always was someone to watch and with this work he cements this status and could well be a leading figure in the pseudo-modern music industry of the 2020s.