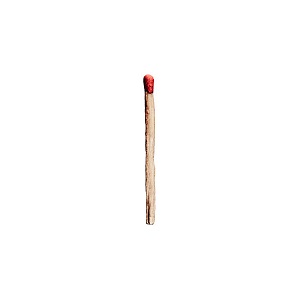 Germany’s industrial pyromaniacs are back for round seven after a prolongued recording break. But was it worth the wait?

It has taken German shock metallers Rammstein a whopping ten years to come up with a sequel to 2009’s quite unspectacular Liebe ist für alle da. So long in fact that the internet has been awash with rumours of a break-up for a long time. These rumours have been both confirmed and denied on several occasions by several band members so in the end no one knows where they stand. Chances are big, however, that Rammstein’s seventh, untitled album might be the band’s swansong. And as a last stand, it is both a return to form and a disappointment. Let me explain.

Rammstein has always been a band that’s the sum of a number of individual parts. First and maybe foremost, the band is famous their impressive visuals. Their music videos have always been top-notch, and with the first two singles Deutschland and Radio Rammstein prove that they still master that aspect. Then there’s the translation of the material to the big stage, where they drown themselves in pyrotechnics and use every trick in the book to make these gigs as spectacular as they get. Thirdly, there’s the lyrics that, although in German, are oftentimes as thought-provoking as they are outright shocking or offensive to the casual listener. Delivered with a great sense of drama and theatre by frontman Till Lindemann, the band gladly hold a mirror up to their audience. Lastly, of course, is the music which has to drive all of that. A marriage of loud guitars, militaristic rhythms and electronica is what ultimately drives every part of the concept home. 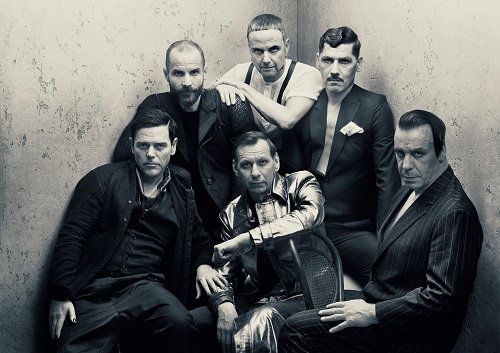 The first two albums had strong material that happened to work well on the stage and on video. Their third album, Mutter, was the culmination of that and the high water mark for the band. Things went downhill after that. Reise, Reise and Rosenrot had a couple of good songs that stood out, but were marred by a barrage of stinkers. Liebe ist für alle da fared a little better, but not much. Fast forward to 2019 and you might think Rammstein has had more than enough time to come up with an album to blow away the past three. Well, they have, and they haven’t. It’s the Schrödingers Cat of tanzmetall, a description I’m quite sure you didn’t expect to read when you got up this morning.

Rammstein’s seventh gets off to a terrific start though. Deutschland is a good, old-fashioned song that would have worked well on any of their earlier albums and will work wonders in packed arenas. Even without the spectacular music video to accompany it, the song works. The same can’t be said for Radio, which was a fine song to put a good video to. Whilst the subject matter of how western music was completely outlawed in the DDR is interesting enough, the song itself is just not that good. The chorus is lacklustre and gets annoying soon enough. Zeich Dich, with its church choirs and heavy riffing is Rammstein at their best again, reminding you of why these guys got so big in the first place. Ausländer packs a little too much techno for my particular taste, but the song does grow on you. After that, though, the album just sort of meanders on until it appropriately fizzes out like the match on the cover.

Sex is serviceable at best. Puppe, which I’m guessing deals with madness and has Lindemann going all out on the hysterics, would be fantastic with a wonderfully creepy video to accompany it. Right now though, it starts out interesting enough the first time but it makes you want to skip it on continued spins. To be fair, the only two songs on the second half of this album that are actually worth it are the melancholic Was ich liebe and Tattoo, the latter of which sports big guitars, big riffs and a big fucking chorus. The rest is less than spectacular. Diamant is an okay ballad that’s over before you know it at two and a half minutes, Weit weg just sort of stumbles on until it’s over and Hallomann is the most unspectacular note you could end an album on. Again, serviceable at best.

It took ten years for Rammstein to write and record maybe five really good songs, and six ones that are not. That, my friends, is not a good score, especially after such a long time. After half an hour the electronics start to get annoying and Till’s vocals start to grate and it makes you want to turn the damned thing off because you’ve already forgotten about the good stuff right at the start of it. Had this album been released as a multimedia extravaganza, with music videos to go with every song, I’d been all over it and heartily recommending the thing. When performed live, I’m sure these songs will fare better and find their way into the hearts of fans everywhere. As it stands though, Rammstein’s seventh is an okay album at best and that’s about it. Maybe Mutter was the real swansong after all.