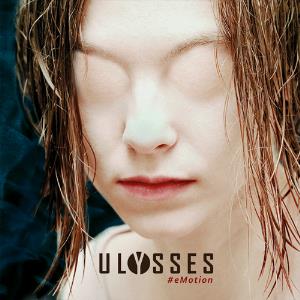 For all Ulysses does right on #eMotion (and they do a lot of things very right indeed), they do start out with what might be the most annoying opening riff I have heard in a very long time. It’s almost annoying enough to turn the album off and do something else. Almost. Because if you did, you’d miss out on an hour of extremely good progressive metal.

Perhaps, though, that’s the entire point of that intro, to evoke emotion from the listener. The album is based on professor Robert Plutchik’s Emotion Circumplex, after all. Hence, they sonically work their way through a slew of emotions, and do a terrific job at conveying these feelings through music. It’s a high concept, and these Dutch prog rockers pull it off wonderfully, almost effortlessly, by the sound of it, and kudos must already be given for that alone.

You’d expect a complicated slog with such a concept, but Ulysses manages to keep the music fairly straightforward. Over the course of eight songs and two minutes short of a full hour of music, the band moves from Disgust through Sadness and Surprise and to Anger, and always keep things accessible and interesting. There are hints of old Marillion here, a bit of Spock’s Beard, Pendragon and some Pain of Salvation to be found on #eMotion, but the similarities are never blatant, and Ulysses definitely sounds discernable from those bands, and has its own individual spin on the progressive rock sound, bordering on metal, but not quite.

What helps enormously, is the production of the album. #eMotion is the warmest, most organically sounding album I’ve heard in quite a while. A year and a half in the making, it understandably sounds like a labour of love. The band itself has matured too, since the release of A Gift of Tears (2009). Vocalist Michael Hos sounds more secure, having clearly found his footing a a singer. The same goes for the combination of Ron Mozer’s keyboards and Sylvester Vogelenzang de Jong’s guitar work, while Ulysses’ rhythm section, strengthened by new bass player Gijs Koopman (Knight Area, Sylvium), provides a sturdy backbone.

The songs themselves are dynamic and very multifaceted, with something new and exciting waiting behind every corner. #eMotion is a prog album that makes you sit up and take notice, and invites you to listen and explore, and that’s an impressive feat. The band makes every second count, and every second worthwhile, and it continues to amaze me these guys have still never been picked up by a large label. From the occasional growl and grunt in Fear, to the mellotron closing off Anticipation, right to the almost cerebral keyboards of Providence – Anger, #eMotion is a terrific and impressive ride, and every fan of progressive rock and metal should do themselves a favour and try this one out. Highly recommended.

One thought on “Ulysses – #eMotion”