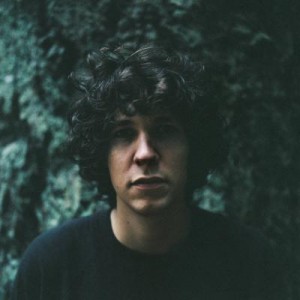 Basically, I believe the singer-songwriter scene is overcrowded at the moment. Arguably, the ‘genre’ has always been pretty full because of its vague definition. However today it’s almost like anyone who’s has the hipster look and possesses a guitar is eager to make this stereotype their own. That’s reason enough to not take the scene too seriously, yet every so often the mediocrity is broken by someone new who appeals to my need of just listening to simple and small songs.

Canadian Tobias Jesso Jr. probably can be described as a late bloomer. During his early twenties Jesso’s tried to make a name for himself as a singer-songwriter in Los Angeles but gave up on that due to personal setbacks. Back in Vancouver he started to play the piano as a hobby at the age of 27, sometimes posting one of his writings to YouTube. From that moment on his small Los Angeles network began to work for him. Former Girls bassist JR White picked him up, and together recorded his first piano-based demo on the trendy True Panther Sounds label. The demo preluded his debut album Goon, which already went viral several weeks before its release. It was popstar Adele who found out about Jesso by word of mouth that tweeted his first single ‘How Could You Babe?’ to her 20 million followers, thus creating an immense hype for the now 29 year old piano balladeer.

Tobias Jesso Jr. is probably very grateful to White and Adele for putting him in the spotlights, although their are some other names in the music business that really shaped Jesso’s career. At a glance Jesso’s open-hearted piano music strongly reminds of the 70ties, which was an era that defined the genre of songwriting. Bob Dylan, Randy Newman and Harry Nilsson are not to miss names from that period. Especially that latter two clearly influenced Jesso only with that understanding Newman and Nilsson were keen to add some satire to their songs whilst Jesso mostly nests himself within melancholy.

It’s difficult to find highlights on Goon’s twelve tracks. On each track Jesso shows he perfectly masters the craftsmanship of songwriting. Choruses, couplets and rhymes all logically fall into each other. Form and sound are combined is a pure essence no matter how you approach it. This sort of pureness fits the content of the songs for Jesso’s wallowing in heartbreak or being hopelessly in love during the entire album. Titles such as ‘Can’t Stop Thinking About You’, ‘Can We Still Be Friends?’ or ‘The Wait’ say it al. Tenderness usually predominates, however one bit of bittersweet humor emerges from the sea of tears on ‘Crocodile Tears’. Here he literally ‘boo hoo’s’ through the chorus without losing it’s earnestness though. The autobiographical ‘Leaving LA’ shifts between a familiar Californian Beach Boys-sounding choir and a emotional Jesso who only plays his piano. It’s just superb. Strings are also frequently heard on Goon. On ‘For You’ and ‘Tell The Truth’ the violins effectively soar in the background making these songs of a more fuller nature. Goon’s production team, consisting of Ariel Rechtshaid, Patrick Carney, and the New Pornographers’ John Collins really did an outstanding job. One slight point of criticism is that Jesso unveils himself not to be the world’s greatest vocalist. His voice even sounds flat from time to time. This isn’t a huge problem however because for an album that addresses this kind of misery he hits all of his notes flawlessly.

Well, you’ve probably noticed that I’m a bit overwhelmed by Tobias Jesso Jr. debut. So maybe it wise to take a step back for a moment. Goon seems so perfect, so this first-timer too good to be true? I you had me at gunpoint I would say yes. For one I would only say to because the world isn’t in need of the next dime a dozen singer-songwriter. I can’t say Jesso is one of those just yet. What I can say is that Goon’s production is of such a high standard, that between-whiles it made me question its authenticity. Yet on the other hand, shouldn’t Jesso’s exceptional fragileness and honest life stories weigh in as well? I think they should. So altogether I’ll simply take the stance of calling Goon a wonderful album and for once just surrender to a late bloomer who’s got momentum on his side. And between us… it also a good reason for me to dust off my Randy Newman and Harry Nilsson records again.