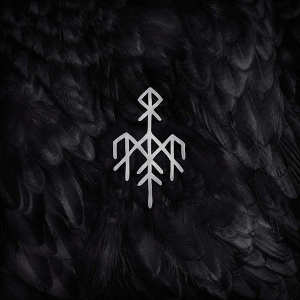 We kick off the year with a deep dive into Nordic folklore, courtesy of Wardruna‘s Kvitravn.

Wardruna, for those unfamiliar with the band, is a Norwegian group that has been around since 2003 and has released four albums to date, the new Kvitravn being the fifth. The band, with core members Einar Selvik and Lindy-Fay Hella at the helm, make music inspired by Norse tradition and folklore, with the instrumentarium used consisting solely or traditional instruments. Amongst these are flutes, deer-hide drums, various horns, mouth harp and traditional lyres, which the band use to create vast and spellbinding soundscapes. To date Wardruna has released four albums, of which the first three formed the Runaljod trilogy, inspired by the  24 ancient runes of the Elder Futhark. The fourth album was an acoustic album simply called Skald, after the ancient Scandinavian singers and storytellers, and it just featured Selvik playing a couple of previously unreleased songs and acoustic renditions of Wardruna material. So, if we don’t count Skald, it’s been four long years since the last proper album, and you can rest assured: Kvitravn does not disappoint.

Now, other than writing a rather elaborate intro, where does one begin to review an album by a band like Wardruna? If there is one word to describe their work, it would be evocative. Wardruna’s music conjures images of vast mountainscapes and fjords, desolate frozen wastelands and nordic mysticism. Those images are so crystal clear when you’re listening, that the words to describe the music itself seem to fall short and don’t entirely do justice to the experience. Wardruna’s songs put you under a spell that takes you away to foreign lands and times long past. It is in that respect no wonder that Selvik was asked to help compose the songs for the TV series Vikings, where sometimes entire scenes were wordlessly set to music. It helped underscore the otherworldliness of the Viking culture as depicted in the series, and would make the strange rituals even more hypnotic.

On Kvitravn, Wardruna does just that: hypnotise through rhythmic chanting and almost ritualistic percussion, drawing you into their world for sixty-five minutes. Opening with the sound of howling wind and a raven squawking (Kvitravn translates to white raven), Synkverv sets the tone from the beginning. Selvik chants meditatively over drums and the continuous drone of what I’m guessing is a tagelharpa. It’s truly mesmerising, like the best of Wardruna’s material, and really puts you under some sort of spell if you let it, and will keep you under it until the end of the album’s closing track Andvevarljod. Now, if you would ask me if Kvitravn is a varied album I’d answer with both a yes and a no. Yes, there is variation in the eleven songs, in that the pounding drums on Skugge for example can definitely put you into some sort of trance, and the subdued and solemn Kvit hjort is the most melancholy song of them all. Then again, the modus operandi on Kvitravn is the same throughout: entrancing percussion, strings and choral work to perhaps  create more of an experience and a cohesive work more than individual songs and singles.

Of course, this is how Wardruna operates and not a soul would have it any differently. I still play all three Runaljod albums fairly regularly and love them to bits, but other than a small handful of songs I’d be lying if I say that I’m able to recall any of the titles. In part, this is of course due to my lack of understanding of the language, but also for a large part due to the nature of the music. There is an undeniable interchangeability between the songs. As captivating as they are, they intertwine with one another to form an hour long experience and the transition between most songs is so seamless that if you’re not paying full attention you’ve moved from one to the next without even having noticed. That in itself is not a bad thing but I can understand how some people would have trouble keeping up or finding the prospect of an hour of that a little too daunting.

So, Kvitravn is definitely not for everybody. It’s an intricate, evocative work that’s a feast for the senses, provided that your senses tolerate this sort of stuff. Fans of the band’s earlier work and similar artists like Heilung or Hexvessel, however, will not be disappointed by Kvitravn. Time will tell if it’s Wardruna’s best album yet, and that time is very much needed in order for all the album’s secrets to unfold.

One thought on “Wardruna – Kvitravn”