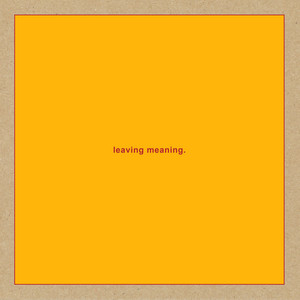 Some of us thought Swans already delivered their swan song. But behold, they returned from the dead …once again.

We never got around to talk about the experimental rock band Swans over here. Formed in 1982 Swans is one of the few acts who founded the genre of no-wave as a reaction to new wave. For a long time they remained successful by exploring the edges of other genres like noise, post-punk and industrial. Core member and multi-instrumentalist Michael Gira kept the band intact until 1997. After spending a decade at his side project Angels of Light the band was re-formed by Gira in 2010 only to disband it again in 2017 after the release of the brutal, yet also beautiful The Glowing Man. So guess what happened next? Well a third reincarnation happened. Only now Gira is surrounded by a clutch of collaborators who give Swans the next push towards the joyous depths of darkness.

On leaving meaning. several musicians from Angels of Light and Swans’ recent past flank Gira but next to that he also called in a small army of guests. Noise musician Ben Frost, cabaret-singer Baby Dee, jazz improvisers The Necks, accordionist Jeremy Barnes and organist Anna von Hausswolff are just a few eye catching names who make their appearance on this 15th studio album.

In many ways leaving meaning. feels like a toned down follow up to The Glowing Man with Gira singing about the same twisted themes he’s done so many times. However, The Glowing Man and other albums come from that phase that came forth from Swans as a touring band. Swans was famous for playing lengthy pulverizing shows that shaped the 2010-2017 studio recordings, and vise versa. On leaving meaning. Gira takes up the reins as a producer, or better said a ringleader who develops various frameworks for his guests to fill in.

Hums is a serene overture to what comes next on Annaline: light synths, a piano and a rich baritone of Gira. The man who most of us know as freakish singer now shows himself from a vulnerable side. No riffs but a stretched out soundscape brings a romantic tranquility for a short moment. Annaline also serves a fitting preface to the scary next song: The Hanging Man. A rhythmic heavy groove starts building into terrifying entity while Gira uncontrollably howls around the hypnotic pulse. Evil-Swans is back! For about 10 minutes, that is. A calmer section starts directly after The Hanging Man with the tragic Amnesia, which is a rework of 1992’s song on Love of Life. The song reminds of Matt Elliott’s dark folk that is made of broken, drunk and lost souls who roam the earth.

At the title track the Australian jazz-trio The Necks take. The deep-set piano-contrabass improv, together with Gira’s calm singing (“I can see it, but can’t see it. I can feel it, but not keep it […]) pushes out the soul towards heaven. However after 12 minutes of inner cleansing we re-enter our body again accompanied by a yet again a malicious sounding Swans. Sunfucker starts out with shrill tribal chants that, as the song progressive, intensify into a total madness of dissonants. This eventually breaks up with a ripping beat of drummer Larry Mullins who is accompanied by bassist Yoyo Röhm. Both confine the song like a prison for Gira to break out of.

Up until this point leaving meaning. grips, releases, grips and releases us in a manner we don’t experience very often. This continues on the second part. With lyrics like “Please open my chest. […] Please curl in my nest“ the eeriness we already heard on Amnesia keeps swirling around on Cathedrals of Heaven. Also The Necks appear again on Nub. Their signature nimble piano, haunting strings and slow striking bass is brought under the spell of Baby Dee’s half hoarse voice causing listeners to take a deep dive into non-linear improvisation. It’s Coming It’s Real brings the much needed relief. Here Anna and her sister, Maria von Hausswolff soothingly give colour to the background. For the first time on the album Swans doesn’t draw outside the box. Some New Things also is straightforward of structure but is held together by a dense famillair Swans vibe of old. Dynamic return a bit on the chime filled Flaming Lips-like singalong What is This?. So indeed, the title says it al (which is also the title of the limited fundraiser album that made leaving meaning. possible). All ends with My Phantom Limb which is of a much darker tone and consist of Gira tumbling over his own sentences but reforms into a sailor song like melody, …of the weird: “Yes we’re riding a white lion. And he’s flaming, yes he’s flaming […] And we’re riding, and we’re rising. Through the sky”.

leaving meaning. is less brutal than previous albums. But make no mistake thinking it loses out on intensity. The material still is oppressive and in many ways Michael Gira still sings, spreaks or spits out mesmerizing mantras. Once he seizes you, you will unlikely be able to break loose. Swans thus continues to be the harbinger of darkness with leaving meaning. The experimental rock veterans still matter in these times so we’re very glad Gira started over again and maybe never really meant to leave us anyway.

Now there a quick note we’d like to add for those who still buy music physically. The vinyl and CD release differ from each other. The vinyl release is shorter due to the limited playing time so only the double CD contains the original (thus extended) mixes of the songs and also holds an additional track Some New Things. So if the want the full 93 minutes in your hands, ask you local recordstore for the CD version. 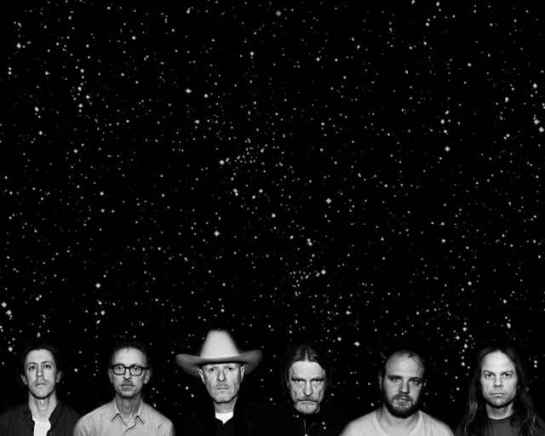