It’s December in the Northern Hemisphere so if we have any sun we usually go about our daily lives among the long shadows. Living in the shade is sort of romantic for a while so now we only need a soundtrack that goes along with that. Good thing Grouper’s latest album carries the title Shade… right.

Liz Harris, AKA Grouper is one of Kranky Records finest acts. Harris has been releasing work since 2005 under the Grouper moniker and other side projects such as Nivhek  She is best known for creating her own niche sound that is loosely based on her upbringing in a Fourth Way commune. As Grouper she harmonises ambient, folk and psychedelics while simultaneously searching for the nuances in between. No Grouper album therefore sounds the same. For example, 2008’s acclaimed Dragging a Dead Deer Up a Hill is a whole different cup of tea from Ruins that was released several years later. This year we are treated to Shade, which brings together 15 years of unreleased music by Grouper.

Shade opens with so much distortion and reverb it feels like you are listening to a very vintage sounding LP. On Followed the Ocean Harris’s voice surges under the heavy layers giving it the impression she’s battling to hold herself up in a storm. How different is the strikingly clear Unclean Mind that’s only based on strums and breezy vocals. It’s hard not to imagine waking up on an early spring morning when the first light peeks through the curtains. Grouper’s dark side and light side are wonderfully placed next to each other on Shade, and keep in mind, we’re only two tracks in. 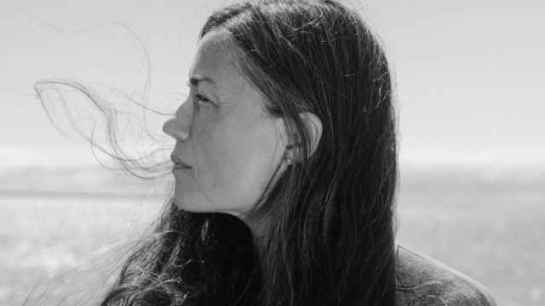 Harris has always been a master of weaving inner emotions with her natural surroundings. The hushed intimacy of Pale Interior is an example of the first. The song feels very fragile, like she is in the room with us, sitting in a corner while faintly reflecting about her disconnection to other people. It’s the careful production that lays bare some very personal emotions but the way it’s produced also puts a sort of ghostly feel to it. She feels close, but is she even there? On several other songs she only uses the hum of the room and creaks of guitar strings to bring about an atmosphere that is even beyond intimate. On Promise, a love song, the music even matches the background hum causing time to stop for a minute or two. Again lyrics are very personal as Harris directly comforts someone who is uncertain about their relationship. It’s this kind of refinement that makes almost every Grouper album quintessential. So if you need a song to convince you to keep an eye on Liz Harris’ endeavours, Promise should be the one.

The more textured songs seem derived from the coastal landscapes of the Pacific Northwest she has known since childhood. It’s the ambient loops together with some heartfelt vocals on Disordered Minds that breath out a longing to be alone at the beach gazing into the endlessness of the ocean. On Basement Mix she turns herself towards a rain drenched forest. Here low-distortion guitars and dramatic echoes foreshadow something that quietly follows in our footsteps while Harris’ eerie singing serves a sea fog that rises between the trees. As listeners we eventually lose our sense of direction without knowing what will happen next. The creation of shadowy environments like these are exquisite pieces of work and offer yet another reason to pick up on Grouper if you haven’t already done so.

Shade might not be Grouper’s best because of the often big differences that always underpin compilations with unreleased works like these. Nevertheless fans will close this latest one in their hearts because songs are once more of very high standard. Also the demo-like recordings give t that rare feel, so there will be some peer pressure to pick this one up. Much of the differences between tracks however are largely bridged because of clever track ordering. Intimacy and fuller tracks are interchanged in a logical sequence which benefits the album’s cohesiveness after each spin. Therefore Shade should also appeal to new listeners for whom hopefully the Grouper-penny drops. If it does, a wonderful time of backtracking will commence. Enjoy!

One thought on “Grouper – Shade”