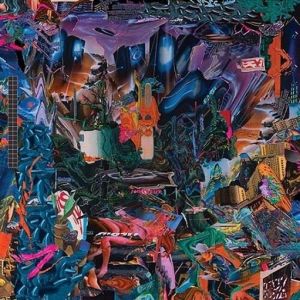 Sorry, we have to debunk a few superlatives about black midi’s sophomore album. Right now!

Two years ago we labeled Schlagenheim as an unconventional post-punk record only to find a mare’s nest.  You could file their debut under the very general term of rock music but that’s about as exact as you can get. At the time it was clear that our runner-up album of 2019 was fascinating but also a unquiet search. Still the four young lads acquired a reputation that was big enough for Rough Trade to go all in on the marketing for their sophomore.

With Cavalcade under their belt black midi succeeds in being even more uncategorizable than before. We could call the record a pivotal release in the avant-prog-math-jazz-fusion-experimental rock scene. On the other hand in 2021 young people are said to be “woke” so there is no need for categories anymore. Both approaches sound absurd of course, so pick a side (or not). For now we are about to embark on the second stage of black midi’s search to… somewhere. 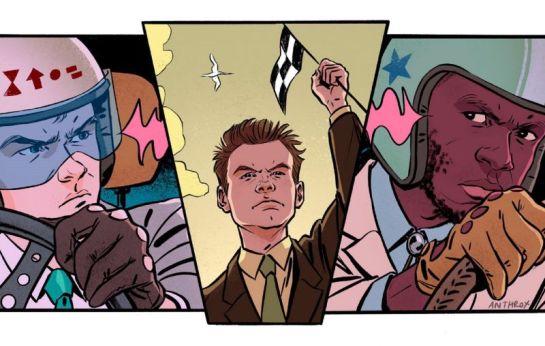 Cavalcade opens with lead single and also album teaser John L The opener is an ominous throat-grabber on which guitar and violin constantly tumble over each other. Between the disorder singer-guitarist Geordie Greep rises up as narrator and tells a chilling made up story about a prophetic figure named John Fifty (or L in Roman numbers) whose goal is to plunge society into utter mayhem. Although to us John L sounds exciting it is also a calling card of what back midi is about. Just like opener 953 on Schlagenheim, John L is also very abrasive and leaves no room for a breath. At moments Cavalcade however does have more moments of rest built in. First one comes directly after John L’s tumult. Marlene Dietrich even contrasts with all that we have heard before from the band and sounds like a summely late night ballad with a romantically singing Greep, hints of light bossa nova guitars, a choir and, to top it off,  strings that could have easily been ripped off one of those Charlie Parker standards. Other more or less tranquil moments on Cavalcade are Diamond Stuff, a slow burning math rocker without the complex rhythm chances and the ten minute closer Ascending Forth, that starts folkish but morphs into jazz. Although these songs are at least of decent quality it isn’t the main reason for us to put a black midi record on the platter.

That’s right, we want some loudness, or intelligent sounding loudness to be more precise. With more than a few intense guitar leads on Chondromalacia Patella the band delivers as expected. The song quickly evolves around choppy riffs combined with bursts of sax. Chondromalacia Patella is nice on its own but becomes even better when perceived as a prelude to Cavalcade’s centerpiece which is deceptively titled Slow. Slow is even more wild than John L. Firstly the band alters its pace between fast-loud sections and “not so fast”-quieter sections. Admittingly, there’s nothing special about that. Secondly, and important, it’s the fast genre changes that give this song a sublime edge. Even though no style predominates you could say that math rock meets jazz fusion. It made us wonder what black midi can become when someone like Colin Stetson was added to the line-up. Thirdly and lastly it’s technical precision that holds Slow together. In the past year or so the band has grown in that area. On Slow they rightfully show it off their skills. One other song worth mentioning is Dethroned. After a short Sonny Rollin-ish start the most rhythmic song of Cavalcade unfolds. At the half distortion is layered upon a fast paced bass that strangely enough turns Dethroned into a danceable form of avant garde-afrobeat.

It goes without saying that black midi’s follow up to Schlagenheim is an intriguing record. Whilst Greep and co. show progress we can’t say that they have found their footing just yet. As said Cavalcade is intriguing but not in a twenty first century King Crimson like fashion as other enthusiasts like to refer to. The potential is still there, segments on Slow or Dethroned are proof of that. Also the quieter songs are good works on their own but don’t bind the album together. Maybe black midi needs to crack a tough nut in the near future because on one hand there is enough creativity to be a first-class leading outfit in a still vaguely outlined genre. Or, alternatively, be an outfit that ultimately is consumed by intrepid pretentiousness.

At the end of the line we can’t imagine that 2021 will bring forth a record that is more intriguing than Cavalcade. Only time will tell if Cavalcade was solely about the journey and not destination. So, if Schlagenheim was the start of an unquiet search, Cavalcade is at least a very enjoyable (first) stopover.